What is Atopic Eczema?

How can Atopic Eczema be treated?

Although there is no cure for atopic eczema, it can be treated through a combination of learning what triggers the allergic reactions and medical therapy.

Wet wraps or occlusive dressings are used to treat severe atopic eczema or severe flares. Wet wraps can be easily applied at home after you have been taught how to use them. (See wet wraps)
Wet wraps pic

General allergy prevention measures should be done for “high risk infants”: those with parents or siblings who have allergy (see preventing allergy)

Download our “My Child’s Eczema Action Plan” leaflet for free 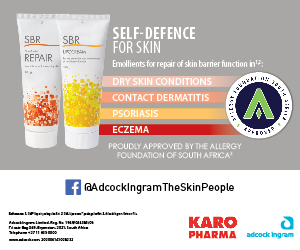 << Back to Related leaflets