A new look at milk and fermented milk products…

A new look at milk and fermented milk products… 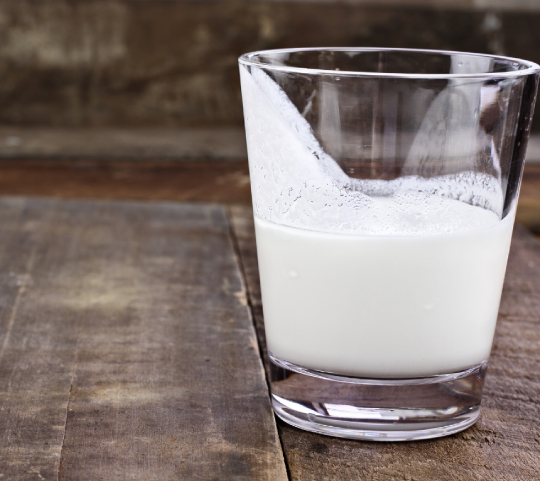 “Have milk, maas or yoghurt every day”. This is the title of the publication by a national working group on the revised food-based dietary guidelines of South Africa. Based on this publication, the recently updated “Road to Health”-booklet for South African children, includes maas and yogurt (fermented milk products) in the weaning diet of non-breastfeeding children from 12-months of age. These guidelines specifically promote exclusive breastfeeding for the first six months of life. Milk consumption, either fresh or powdered, and fermented milk products are also advised as part of our daily diet. Maas (also known as amasi) and unsweetened yoghurt are highlighted as excellent sources of commercially fermented milk products.

Milk is not only an excellent source of high-quality protein, but also contain important amino acids, calcium and fatty acids shown to promote bone health and protect against non-communicable diseases, like diabetes, hypertension, and obesity. The high potassium and relatively low sodium content of milk and maas have been found to be important factors in the prevention of cardiovascular disease and hypertension. An inverse relation between diary intake and colorectal cancer and stroke has also been demonstrated.

Fermented milk products contain lactic acid producing bacteria (LAB). Their main function is the breakdown of complex milk sugars. During this process, important by and end-products are formed. One of these end-products is lactic acid, a substance that causes milk proteins to curdle. LAB is also known as probiotics and defined by the World Health Organization (WHO) as “live microorganisms which, when administered in adequate amounts, confer a health benefit on the host”. Some examples of well-described LAB in fermented milk products include: Leuconostococcus, Lactococcus and Lactobacillus.

An infant’s gastrointestinal tract, enriched early in live with diverse and health promoting probiotics, may even prevent allergy later in life. In the South African Food Allergy (SAFFA) study, early environmental exposures pertaining to allergy development later in life, were investigated. In this study, the regular consumption of commercially fermented milk, was protective against asthma, atopic dermatitis, and allergic rhinitis in urban children, but not in rural children. Furthermore, emerging evidence suggests that the increasing prevalence of food allergies is associated with compositional and functional abnormalities of organisms in our gut early in life.

The most extensively researched gut organisms in allergy protection, include the genus Bifidobacteria and certain Lactobacilli species. An optimal ecosystem of organisms in the gut, has been shown to reduce intestinal inflammation and protect against harmful, diseases causing organisms. An imbalance between “good” and “bad” organisms in the gut, may also enhance inflammation in other organs, like the skin, leading to eczema, obesity, and type 2 diabetes. Bifidobacteria and Lactobacillus has also been shown to lessen symptoms of irritable bowel syndrome (IBS).

In traditional rural African communities, milk fermentation is probably the oldest and most accepted method to prevent spoilage. Unpasteurised milk from cattle, is fermented by traditional methods (in clay pots and calabashes) and consumed by South African and Zimbabwean rural populations as a nutritiously rich staple food, known as amasi. Fermentation of milk allows LAB to flourish. This process enhances the flavor of milk, adds nutritional quality, preserves, detoxifies, and has antibiotic properties (against disease causing organisms). The consumption of unpasteurised milk, although fermented, may not be safe as it may contain disease causing organisms. Traditional fermentation of cow’s milk is furthermore time consuming, and people with busy modern lifestyles, may not have time at hand for this. On the other hand, commercially fermented milks are pasteurised. It is therefore considered safe for human consumption. It is sold commercially widely throughout South Africa and it is accessible to modern, urban populations. Maas, for instance is produced commercially by fermentation with starter cultures containing Lactobacillus lactis and Lactobacillus lactis cremoris, after which it is pasteurised. Maas is included in the updated South African dietary guidelines, mainly because of its health-promoting fat content, low lactose concentration, and associated energy-dense properties – factors important for addressing malnutrition, lactose intolerance, and non-communicable diseases, especially in developing countries, like South Africa. The sourness (low PH) of fermented milk helps to delay gastric emptying, which in turn leads to blood sugar stabilisation and improvement in appetite control.

Allergy prevention is multifaceted, with many factors (genetic and environmental) playing a contributive role. To prevent allergy in the offspring, a healthy and nutritious diet is currently advised to pregnant mothers. Daily intake of fresh, fermented cow’s milk should form part of this diet. Furthermore, maas and yogurt, contain important LAB, and can be safely recommended during pregnancy and as part of the weaning diet of children around one year of age. Although current research cannot promote specific LAB in allergy prevention, encouraging the intake of these products as part of the many strategies presently being investigated in promoting a healthy, nutritious, and allergy protective lifestyle, makes sense. So indeed: “have milk, maas and yogurt everyday”.